Very often on holiday the last day can be a total waste. You are travelling and packing and going to airports. We had worked this trip though so that we could be on holiday right to the last minute. Our flight was a late afternoon one so we arranged to stay in a hotel in the countryside near San Jose airport. We got there early afternoon the previous day so had a whole afternoon and the following morning to potter about in the hotel grounds, which were an old coffee plantation. It was really lovely.
There were lots of birds around in the wooded areas and I even got a few new trip ticks including this overflying peregrine falcon, 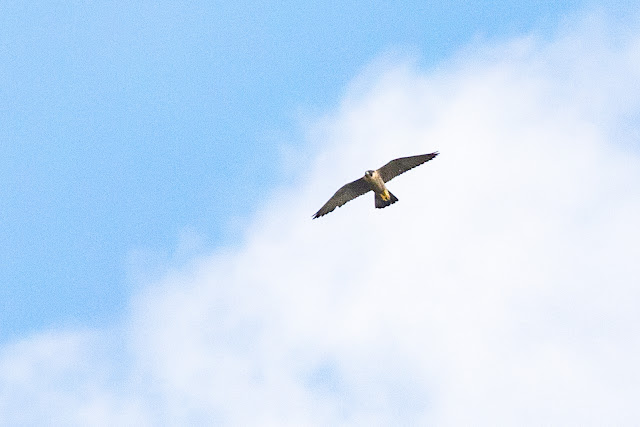 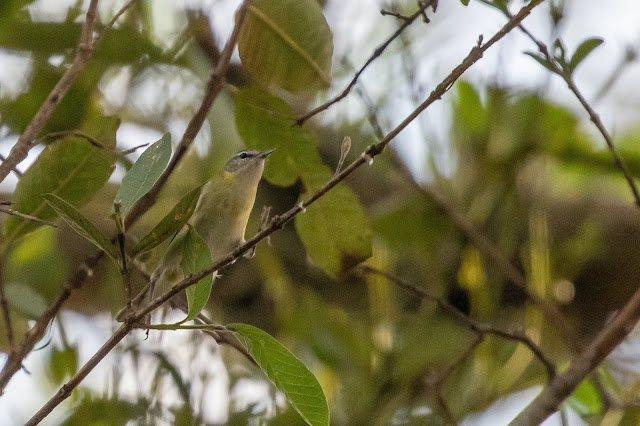 as well as this transitional-plumaged summer tanager 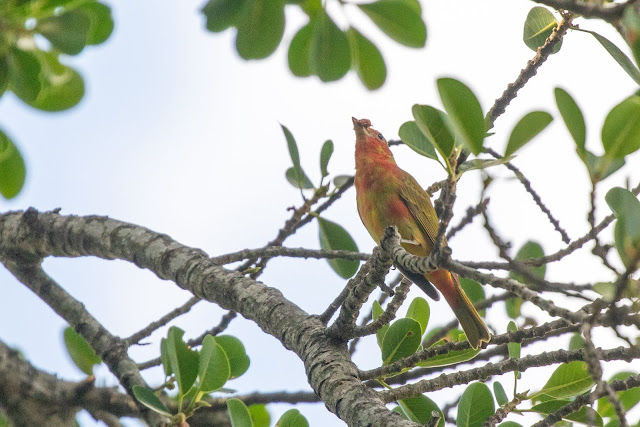 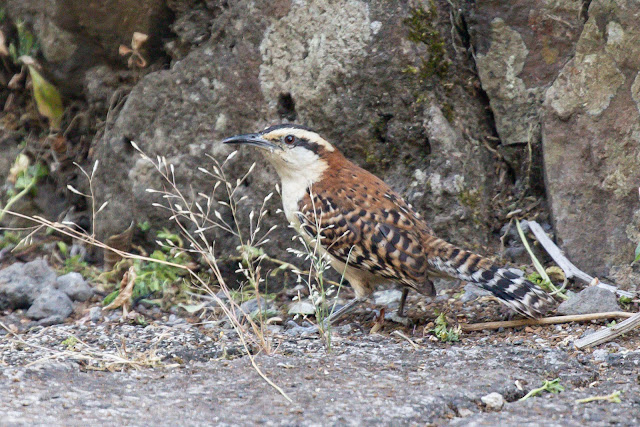 and this clay-coloured thrush 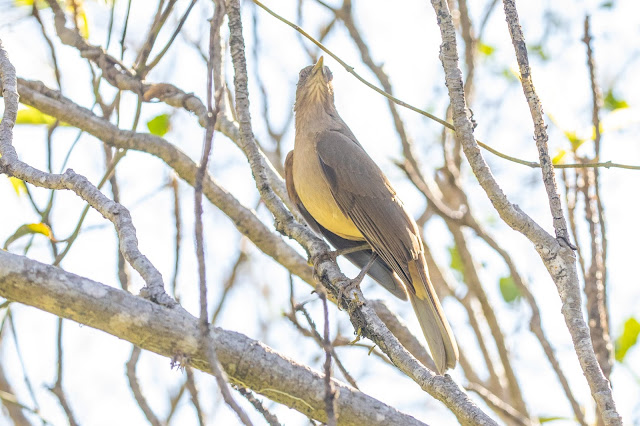 By far and away though, and one of the highlights of the whole holiday, was finding a young steely-vented hummingbird.
I was wandering around the grounds when I saw a small bird perched on a branch at the top of a bush. I could see it was a hummingbird but couldn't work out which one. 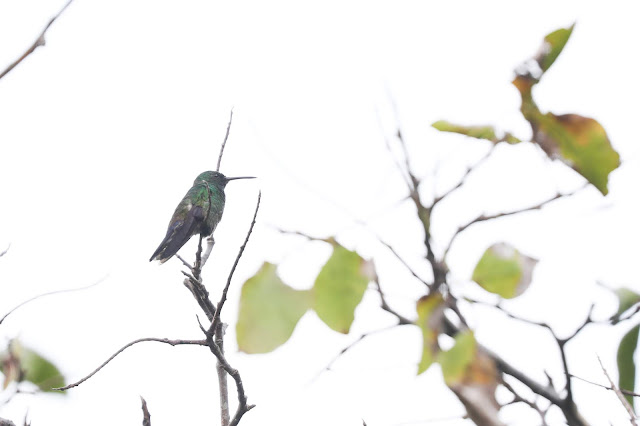 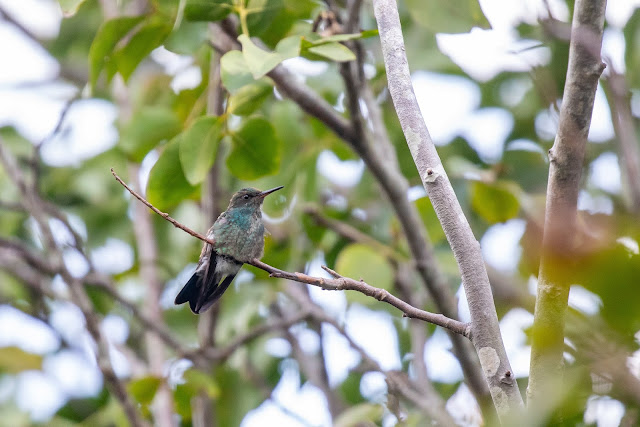 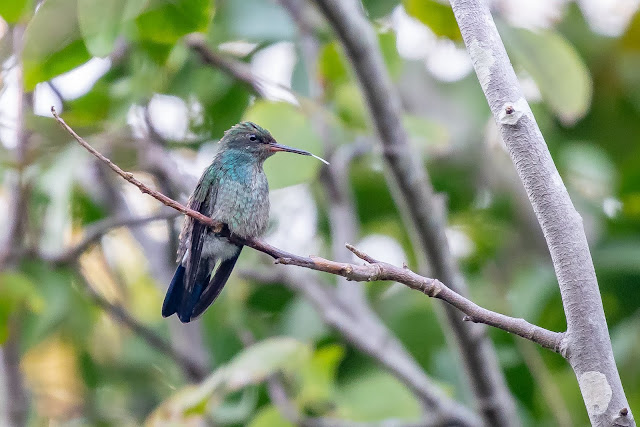 It seems to be settled unlike most hummers which whizz around everywhere. After watching it for a few minutes it got a bit more agitated and I realised what was going on. 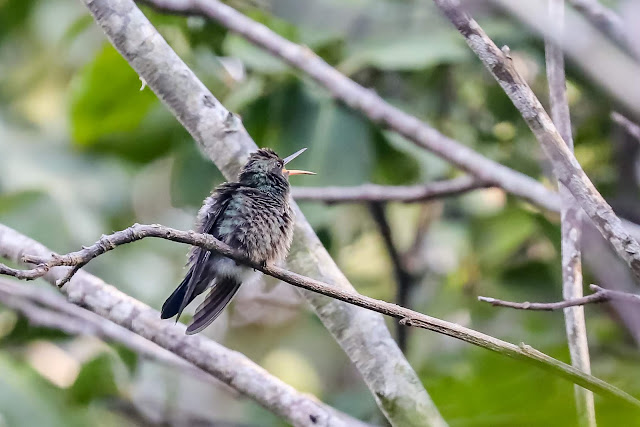 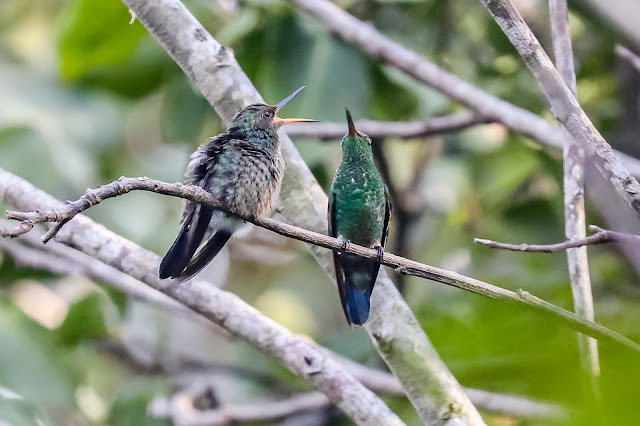 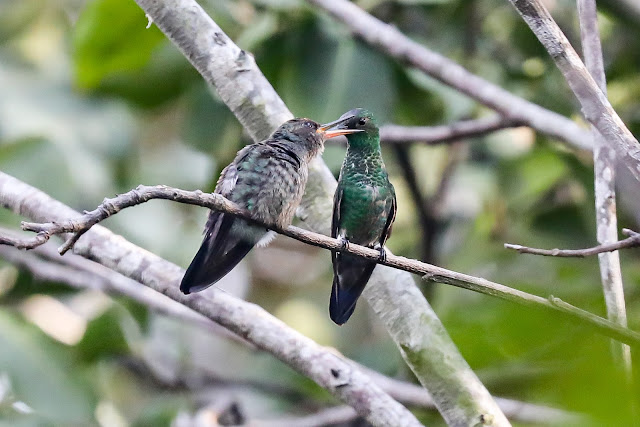 Its parent came in and started to feed it! 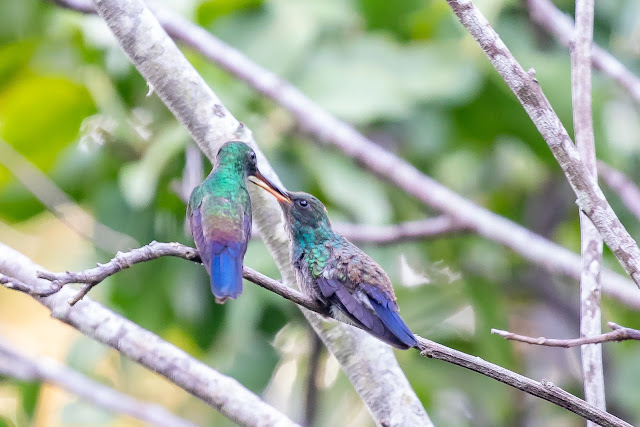 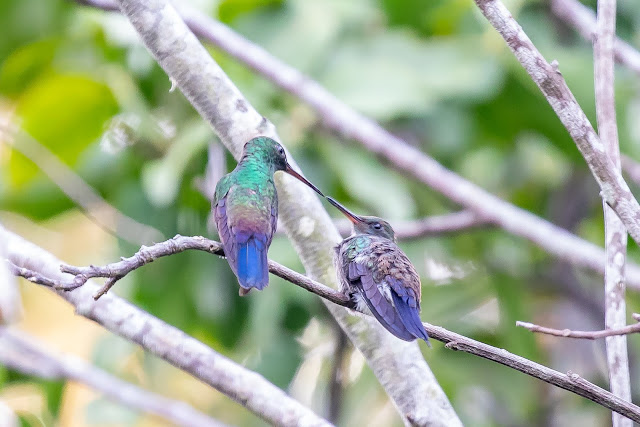 They do this by almost impaling the young bird on their dagger-like bill and regurgitating food for them. It was all a bit loud as the youngster was squeaking away when the parent stopped. 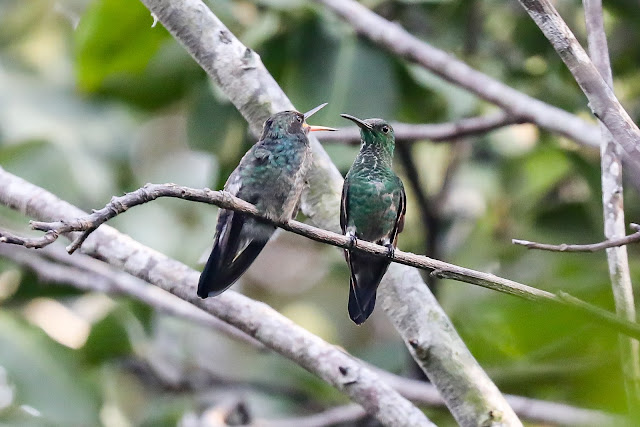 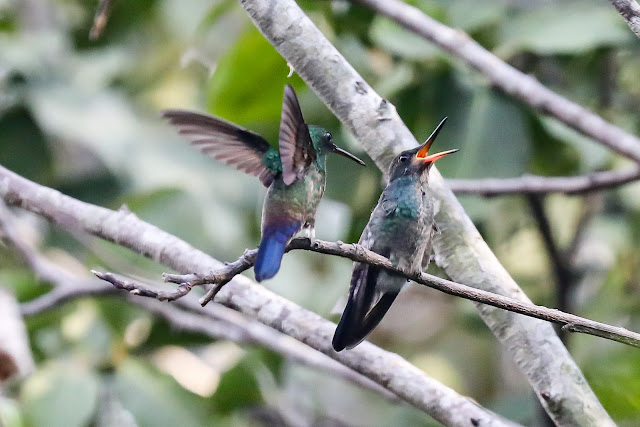 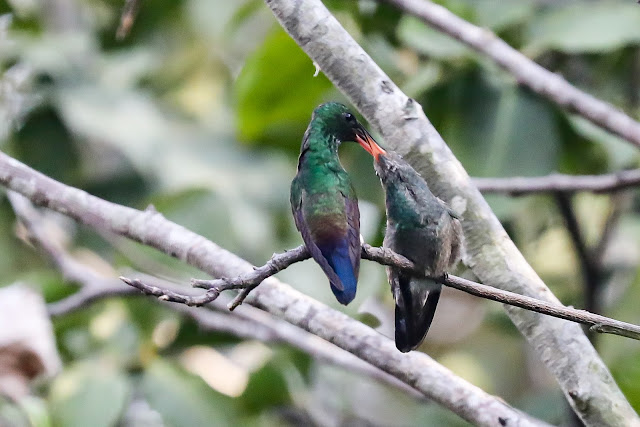 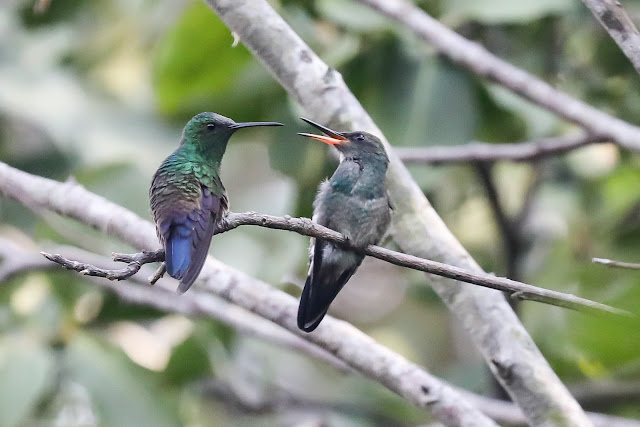 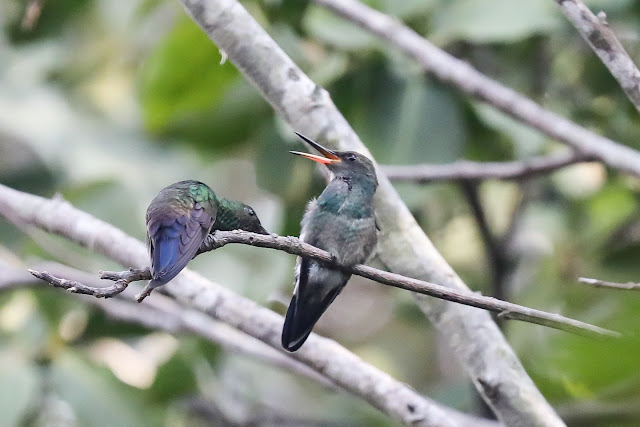 Finally the parent flew off leaving the youngster behind. 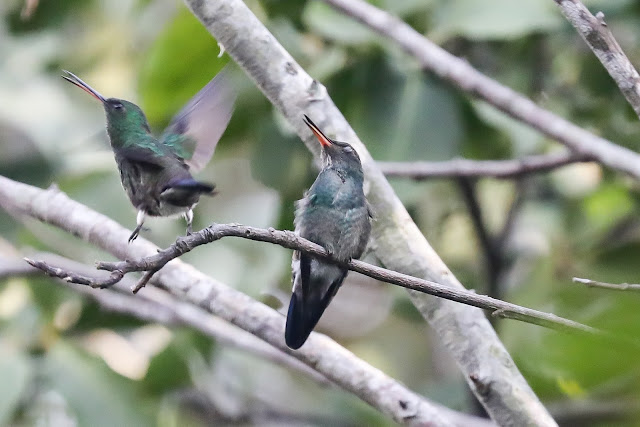 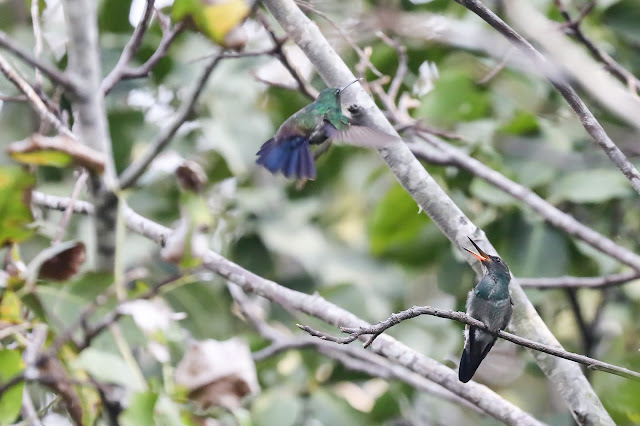 It was starting to get dark so we left them to it. We tried the following day to find them again but no luck. Hopefully it is even now fluttering around the gardens of the hotel.
A great finish to an absolutely superb holiday. Perfect weather,  great choice of hotels, wildlife living up to expectation and good food. As ever, will we go back? No idea as there is still plenty of the rest of the globe to see but the fact we missed the quetzal still hurts and I think we may have unfinished business there. Still, writing this after we got back and the world has changed a bit so who knows what may come to pass!!! 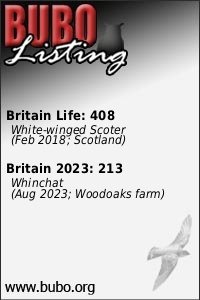